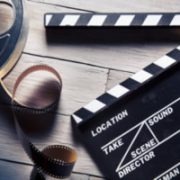 ‘I went from a whole, healthy little girl into a shattered mind’ ~ Abuse as a catalyst to psychosis

Dr Eleanor Longdon ~ Voices can be recruited as part of the healing journey.

Professor Swaran Singh on the links between social marginalisation and psychosis.

Published in: The Times, 27 January 2007, By Michelle Kirsch

We have all had the experience of seeing a person walking down the road, talking loudly to what appears to be him or herself. Before the advent of hands-free mobile phones, which gives the scene a “sane” context, we would have thought the person disturbed, speaking to someone who does not exist outside his own head. Now psychologists studying the phenomenon of hearing voices are asking us to consider two other possibilities: one is that people who hear voices may not be disturbed by them, and the other is that a person who appears to be speaking on a mobile phone might be speaking to one of his voices.

Pretending to speak on a mobile phone is just one strategy that makes life more bearable for the estimated 4 per cent of Britons who hear voices. The 4 per cent figure, as cited by the Hearing Voices Network, an educational and self-help registered charity for voice-hearers, is a conservative estimate. The real figure may be much higher, they say, because anyone who admits to hearing voices may be subjected to close, perhaps unwelcome, psychiatric scrutiny

Published in: The Independent, 6 March, 2007, By Kate Hilpburn

Eleanor Longden, 25, started hearing voices when she was a teenager. But, contrary to the usual perception of inner voices, Longden says hers weren’t destructive: “It was rather mundane, simply giving me a narration of some of the day-to-day things I was doing. In many ways, the voice was companionate because it was reminding me that I was carrying on with my responsibilities despite feeling so sad inside. There was something constructive about it.”

People like Longden who admit to hearing inner voices can generally expect two outcomes: a diagnosis of insanity, and potent medication. But a group of psychiatrists and psychologists believe it’s time we reconsidered labels such as schizophrenia and the drugs used as treatment. In fact, they believe we should get people to listen to, and actually engage with, the voices inside their heads.

I have known Jacqui Dillon for several years now — we first met in the early 2000s when she attended the London-based Critical Mental Health Forum, in which I was also involved.  Jacqui has been an extremely effective developer of services in the third sector.  She developed the London Hearing Voices Project and has also chaired the national Hearing Voices Network for several years.

She is a thoughtful and innovative worker who builds good collaborative relationships both with those who use mental health services and with mental health professionals.  She has also been very effective in securing funding for those organisations with which she works.

I work on a clinical psychology training programme and Jacqui has taught sessions on a range of topics on our programme for several years now.  Trainees have said that she is a very engaging and inspiring speaker who also has lots of practical advice about how to bring change in mental health services.

When I’ve seen Jacqui speak I also have been moved and inspired.  Given her earlier career as a journalist it is no surprise that she has been doing more writing, recently co-editing Living with Voices.  She has a national and international reputation and is approached by a range of media organisations for comments in relation to voice hearing and mental health more generally.